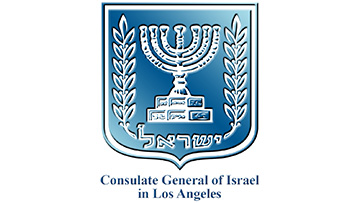 In this politically incorrect caper comedy, the destiny of two small-time enforcers for a Jerusalem mob protection racket changes when they survive a suicide bombing and set to fulfilling the wishes of those who leave notes at the Wailing Wall.

Guy Amir and Hanan Savyon, the acclaimed writers and stars behind Israeli TV mega-hits including Scarred, Asfur and Ma Bakarish, play Chuma and Steve, partners in crime in this hilarious, politically incorrect caper comedy that they also penned.

“Maktub” means fate or destiny, and the destiny of these two small-time enforcers for a Jerusalem mob protection racket certainly changes when they survive a suicide bombing. They decide to take their future into their own hands, attempting to redeem themselves by fulfilling peoples’ prayers. But, in keeping with their delinquent ways, the prayers have been stolen from the Holy City’s Wailing Wall.

While carrying out their dubious plans, they find themselves dealing with their own secrets and wishes, be they in the shape of comely women, adorable little boys, or elements of Israeli cuisine. Amir and Savyon prove their considerable charm transfers to the big screen.